In today’s technical and creative environments, the terms user interface (UI) and user experience (UX) are used frequently, but they refer to concepts that existed long before the terms were first used. However, these terms are rapidly becoming buzzwords that are commonly used in inappropriate situations, which presents difficulties for specialists and job seekers alike. In this beginner’s guide, users can learn the differences between UI and UX.

UI and UX are Completely Different

A common misconception heard in client meetings, job listings, and workplaces is that the terms UI and UX can be used interchangeably. In many instances, interface designers are erroneously expected to focus on UX because the user sees their work. The fact is, UX and UI are completely different, but they use similar skill sets and many designers are proficient in both areas.

Despite the significant overlap, the fields are different in scope, nature, and objectives. While ui design is focused primarily on elements that interact with users—such as input and output methods—it does not address how users interact with, use, and reuse systems. UX picks up where UI leaves off, and where it is well-done, it is focused on the overall success of the project. While UX considers the bigger picture, it is driven by small details.

UI Should be Viewed as a Tool

Improper Usage Can Cause Problems

As most know, communication can be complex and confusing. Tech terminology can make it easier for users to communicate, but problems can arise when there’s a bit of a language barrier. Significant amounts of money and time are spent overcoming the improper usage of these terms, and overspending can cause products to fail and companies to go out of business. While experiences and interfaces can’t literally fall apart like incorrectly designed machines can, the effects can be just as disastrous. 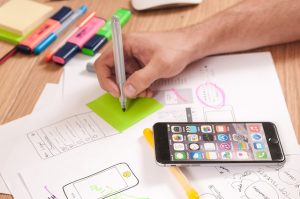 Usage failure for UX and UI terminology commonly occurs where it’s most important: job requirements and listings. Many companies already have difficulty finding the right candidates for specialized positions such as UI design. However, it is certainly harder to find the right person for a job when its design focus and skill set are miscommunicated. It is costly to hire specialists, but it’s even more expensive to hire one who can’t do the job at all. Quite frequently, job responsibilities and requirements are slanted in favor of the UI designer’s job description, but they come with the responsibilities expected of a ux design pro.

Whether a user is a UX or UI designer, there’s still the design element to consider. Design is merely a way to resolve a problem, and when roles are universally understood and clearly defined, it is easier to assess the problem, offer a solution, and implement it. As far as UI and ux design are concerned, problems often arise when the responsibilities for the experience and the interface are assigned to a single person who can’t handle both aspects of the project.

It’s difficult to take responsibility for a problem when there’s no way to solve it. UI designers can create interactive designs, text, colors, and icons that affect other elements relating to direct user interaction. Such elements have a significant effect on ux design, but they are just one part of a larger whole. Things such as speed, function, color scheme, marketing copy, personality, users’ expectations and customer support affect UI.

It isn’t practical to expect a UI designer to be responsible for all aspects of a design project, and it isn’t that UX can’t be designed. A ux design pro would find it equally difficult to take ownership of a UI problem. For a designer to take responsibility, he or she must be able to recommend and implement changes that affect the experience. Most misunderstandings concern designer scope and focus, and while it’s possible for a designer to handle both aspects, it’s more about the designer’s ability to solve problems. When a builder lacks the right tools, it’s just as dangerous as lacking the knowledge and skill to do the job.

Where the Process Starts 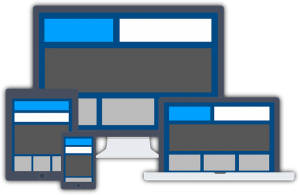 The design process should start with the UX, which itself starts with research. By learning about users’ goals, needs, motivations, and behavior, a designer can create the right ux design. Observation shows designers how users navigate systems, where they typically encounter problems, and how they feel when using a product.

Research is a fundamental component of the UX and UI design process and, whether a person is working alone or with a larger team, it shouldn’t be skipped. A UX designer is by definition a product expert, but the designer’s idea of an intuitive design may be different from the user’s. Therefore, it is important for designers to conduct user research before the UI and ux design process begins.

The beginning of a solution is for the designer to determine which steps to take, and understanding the differences between ux design and UI can be an enormous asset. From choosing the right designer to understanding how to approach a problem, proper knowledge of UX and UI terms is an easy way to facilitate communication while improving problem-solving and ux design skills.